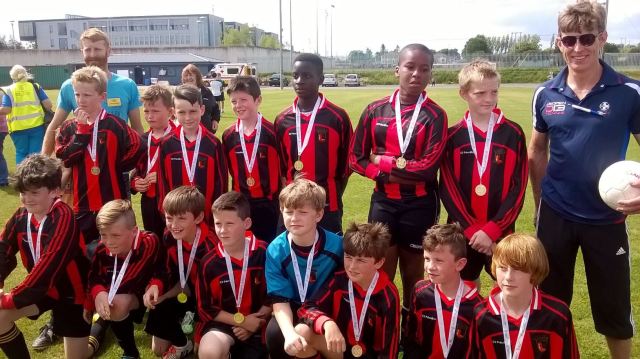 Clane/Rathcoffey Under-12s were crowned Leinster Champions in the Community Games this weekend.

Clane/Rathcoffeys 1st game on Saturday 4th of july kicked off at 10.30 against Longford (killoe). In a tough game that saw Longford lead 3-0 at half time, Longford scored twice early in second half, but Clane/Rathcoffey turned it around after that and went on to win 5-3 with a hat-trick for Isaac Jamirah, and a goal each for Ben Kirwan and Dean Comiskey.

The final saw Clane/Rathcoffey take on a strong Carlow side who dominated their semi-final. Clane/Rathcoffey showed excellent teamwork from the start, which gave them a 3-0 lead at half-time, and went on to win 5-1. Two Goals from Isaac Jamirah, and another goal each for Ben Kirwan and Dean Comiskey. An own goal wrapped up the scoring and sealed the championship for Clane/Rathcoffey.

Clane/Rathcoffey now progress to the All Ireland finals which take place on the 14th-16th August. 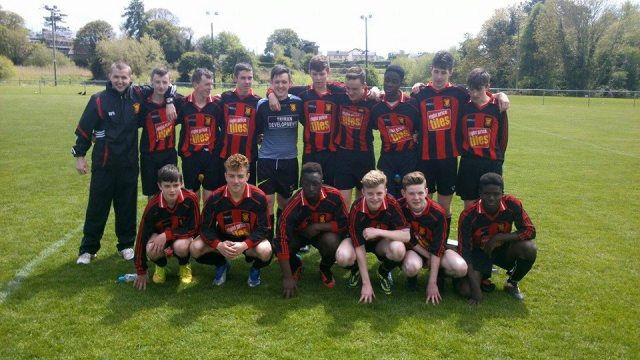 Clane United under-16s managed by David O Shea have won the league. Congratulations to David & all the players 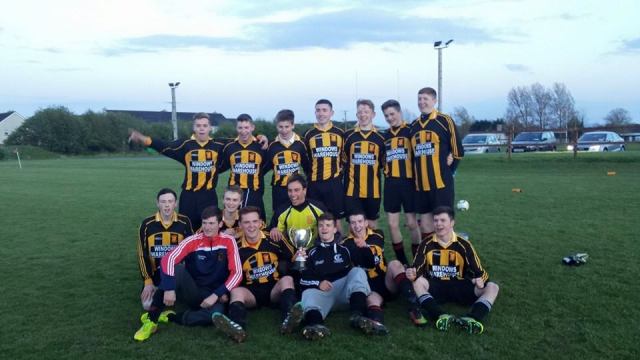 HUGE congratulations to Clane Uniteds Under-18s on winning the K.D.U.L. Premier Division Title with 2 games left to play.
Our Under -18s are managed by Richie Philips and his assistant Andrew Lloyd.
Congratulations to them and all the players on this fantastic achievement.

Congratulations to everyone who helped organise what was a very successful night. A HUGE HUGE thank you to all of our dancers who gave so much time and effort over the last eight weeks to make the night a success.  A Big Thank you to Lisa, Niamh and Darren Fox for training our dancers in to the stars they were on the night.And finally to Ray Murphy who made the whole night come together,